Photoshopped Photos worth Shopping for

When talent eventually meets hardwork and consistency, the result becomes work of arts. Works worth a thumbs up and probably a salute. That is the much I can say about Tamana Lukosi, the St. Paul’s photoshopper.


Tamana loves graphics. Graphics well designed and rich in style. He also has an eye for colour- a rare gift with men.

Maybe you have stumbled on his works around campus in the form of St. Paul’s posters. And you had to be nudged to move on by a friend when your eyes refused to move away from his superb artistry. And even after you moved on, your mind would not forget the creativity you saw in that one poster.

Tamana confesses that designing a nice poster takes time and energy. At times, he has spent over nine hours glaring at his laptop when no inspiration was forthcoming. So, the next time you see his works, nod and appreciate. Behind that art is a guy who spent long painstaking hours trying to perfect the craft.

Kitamboo, Tamana never used to be a photoshop guy. He only started it when the St. Paul’s organizing secretary asked him whether he could design a poster. He said he ‘could try’ (Mark those words ‘could try’). Later on, the Org sec called him, demanding for the design.  And that way, yes, that easily,  Tamana became the St.Paul’s posters designer. He has been doing it for long and has gradually mastered the craft.

Tamana hopes to one day have his works on the town's billboards. Judging from his current artistry, the boy’s dreams are valid. Aren’t they?  Maybe, you could act as judge today and rate these graphics. 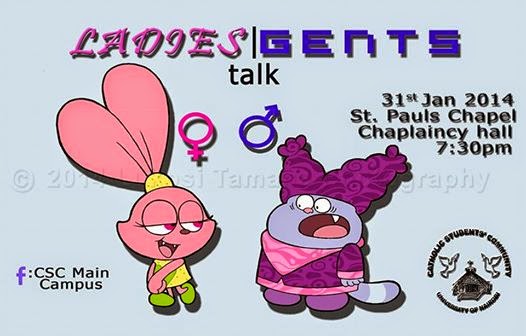 Email ThisBlogThis!Share to TwitterShare to FacebookShare to Pinterest
Labels: Inspirations