You attended my graduation celebrations on Friday, didn't you? Well, if you attended, you felt sufficiently inspired to fish out your composition book from your dust-filled book cabinet and sit down to write: The Day I Will Never Forget. The first paragraph of that composition captures the pomp and pageantry-saturated atmosphere that hang in Kanyayo village on Friday. Kanyayo, you will write was expectant. Pregnant with anticipation. Everyone was dressed to kill as they all thronged to my father's compound where they would witness the midwifery of an academic giant.

Your second paragraph should describe me, the antagonist of the story. You should describe me as a citadel of academic excellence and mathematical ingenuity who schooled in the ivory tower and stunned all those who brushed shoulders with my inimitable skills. You will say that I am unbowed, indefatigable and a gentleman made of real mettle. You will say how eagerly you had waited to see me in Magoha's gown and how pleased you were when you saw me wearing my intelligent ear-to-ear grin as I danced to ' Ngatho ici ndacituma' song done by the local mwethia women. You will say that my pair of Jinerda boots shone with a gleaming glitter that made the sun green.

Well, if you write that, be assured to earn good marks. You continue writing similar sterling essays and you could easily win the Caine Prize for African writing like Okwiri Odour did. [PS: Her debut piece of writing was about my joining the premier institution of learning, the University of Nairobi. Look where she is now!]

Best Student At The University 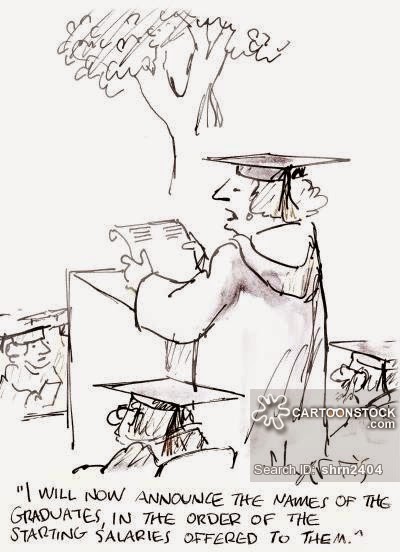 When I grow up from this celebratory mood, I will be frank enough to tell you that I was not really the best student at the University. There was a Ndaru Elias Kivuti, an Industrial Chemist who took his college education really seriously. He defeated everybody in the entire University. Yes, he beat Kikuyu campus teachers, American Wing engineers, construction managers, actuaries, statisticians( I hate you Ndaru) and even biologists. Ndaru is indeed a jambion!

But Ndaru should not celebrate this victory alone. He should acknowledge my inspiration and input in coloring his victory. Back in second year, we were living in the same hall with this Ndaru. As he was preparing his meals one evening, his electric coil burst into flames. He was tongue-tied. He had just added some unga in the boiled water to make ugali. If he dilly-dallied, things would go awry. He wouldn't eat and his unga would go to waste. So Ndaru knocked on my door. You know they say that one should know and the door will be opened. I did open and Ndaru looking petrified as hell mumbled that he wanted the services of my coil. I ain't a stingy guy. Well, I am stingy with edibles but with things like electric coils, I give them out even before you ask. So, I gave Ndaru the coil.

Ndaru Elias Kivuti, I know that coil played a role in your success. Anytime the media guys wish to interview you about what was your motivating factor, quote Jammoh's coil. Say that it was a building block to your ingenuity.

As I write this essay, I am still cooling my heels in Kanyayo. After four grueling years of toiling and moiling, it is only fair that a man gets a good one-week rest as they get manicured, pedicured and pampered with all sorts of royal jelly. So, I am still at home and I ain't alone. There is a group of relatives with me. They have refused to move out of home. They too claim that graduation celebrations should be done for a whole week.

The most outstanding among all these relatives is an aging old woman, Aunt Maribeta. She came all the way from Loitoktok( we call it Ruitugitu) two weeks before 29th August. She has become part of household since then. She wouldn't miss going to Nairobi for the convocation. It was her second time. The first time she was in Nairofi was when rumors were doing rounds that Mau Mau people were being compensated. She traveled to town but she went back home angry after they were short-changed by those bloody whites.

On Friday, when Aunt Maribeta realized that it was only two people who could get into the graduation square, she got so angry that she stormed out of the university. We spent three good hours looking for her after the event. When we eventually found her, she was coiled in a corner at the Industrial area cells. She had been apprehended for slapping a South B market woman who refused to sell her three bananas at five bob.

On arriving home after the short ceremony at the varsity, my local beefy friends lifted me shoulder high and danced with me still suspended in the atmosphere. Those guys are really strong. Some work in Kinangop and months of eating potatoes and cabbages have seen them get bigger and bigger.

My father had slaughtered a goat in my honor. What is a goat when your son is graduating, he asked. I pity that goat. Someone graduates in the family and everybody is in a jubilant mood apart from you Mr. goat. You are there; head bent. Shy. Crying. You will die when they sharpen that knife. That rusty knife that killed your mother two years ago. They slit her throat and murdered her in cold bloods--Adolf Hitler style. You pledged to avenge but you didn't. And in the next two hours, when that nigger who thinks that he is so learned because he pursued Statistics in UON comes, you will die. They will tear your ribs in merry. The bloody vampires! They will then swirl down your ribs with fermented corrosive muratina. These Kiambu drunks! May they lose their eyes, you say. But you are in the toilet and the shit is corroding you.

I am now a graduate. Even this blog knows it. You should have seen how it reacted when I touched it today in the morning. It gave in to all my whims; without any iota of reluctance. I caressed the 'Hotelini kwa Jammoh' banner and it started blushing. You should have seen how it looked down on the floor and started drawing maps on the earth with its big toe. A graduate was seducing it. Lucky blog! There are no many blogs that get that golden opportunity of seeing the nether world of a graduate's writing groin, is there? So Hotelini kwa Jammoh should be proud. I know right now it is gleaming in glee. Yes, no other blog is like it in the entire blogosphere.