A SQUIRREL IN THE CHOIR 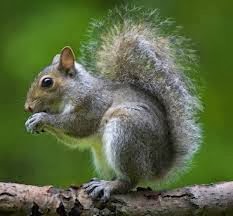 When I tell you that choir singing is no child’s play, believe me. I mean it. The choir is no kindergarten for one to start learning how to articulate words in the right way or to learn the “Am happy today” song popular with nursery school kids. It is one place where you sing perfectly to blend beautifully with the other musicians.

One of my closest friends joined it as an avenue to get closer to a girl he had been eyeing for sometimes. Well,  men can get pretty audacious when they want to win a lady.

Maybe it would do you some good to know what type of person my friend is. John Serengeti, for that is his name, is the unflinching type- the kind of person who does not take a ‘no’ from a lady as an answer. He will woo a lady till she transforms her ‘no’ to a ‘yes’ albeit a lot of nagging. This gentleman will date any girl he is interested in. If he admired the daughter of fire, he would master courage and step right into the fire to negotiate the bride price! Is that not admirable? Come on readers (especially you men), I know you envy such courage. I honestly do, why lie?

The lady in question was a beautiful pearl .Mark my word, ‘was’. Today [Chuckles], she looks rather 'different'.   It is as though God carved and structured her using imported architecture from Yugoslavia (I hear ladies from Yugoslavia are too beautiful to be true). In short, this lady was so beautiful that her very biological father admired her. He wished that her mother would divorce him so that he could marry his daughter (Sorry, I made that up).

To cut the long story short, my friend joined the choir where this lady sang. The lady was an invaluable soprano. When she sang, she did it so well that those near her would feel as though they were near an angel. Some felt as though they were in heaven and would even hear Saint Peter calling up names of people in the book of life in which they, unfortunately, missed out.

My friend was soon to realize that choir people are no joke. They may seem friendly and polite but wait. That diminishes immediately you start singing the wrong notes. The directors are not priests. They rebuke, reprimand and worst of all- froth at the mouth when angry. Now, if there is anything (sickeningly) frightening in a choir, it is seeing a director froth at the mouth simply because they are angry at you. At such awkward moments, you wonder what they might do next- maybe they have hypertension and might succumb to high blood pressure because of the provocations you have meted on them. Or maybe (yes maybe), they might think of hurling an object at your face.

Once  they recover from the mouth froth, they tell you to stop urinating on the song. Yes, urinating.  The music notes are not snores- they are produced by people who are wide awake and alert.

This ambitious and adventure-seeking friend of mine slotted himself into the tenor voice. For the sake of those with little or no information about the structure of the choir, the tenor voice is that shrill, loud characteristic male voice in a choir.

It is the most difficult and unfriendly voice for newcomers. There, you sing your voice hoarse and shout as though you have never done it before. It was therefore no wonder that my friend had the sweatiest and most tiring day of his lifetime. He sang, ranted and chanted but his voice was not good enough. He screamt, shouted and wailed. Still not good enough. He sweat  profusely (even in the weirdest of places) but things were not any good.

The director stared at him. The other tenors glared at him- here was a lousy ant wriggling in their sumptuous meal. He was like an intruder who had defecated right in front of their buffet. What were they to do to him- break his head! That is exactly what they did.Not in the literal but the figurative sense however. They denied him the choir books. One agitated tenor went to the extent of telling him to shut up. Mind you this was not a request but  rather a command.

My unflinching friend was still adamant. He stood his ground. He was ready to brave the donkey’s kicks if only to get a ride on its back… (Story continues next week. Don’t curse me. Curse Kenya Power. The lights have gone off)

Email ThisBlogThis!Share to TwitterShare to FacebookShare to Pinterest
Labels: Humor